I was afforded the opportunity to visit Europe again and next on the list was London! Finally, I could visit a country and not have to worry about the language barrier. Yes, an accent, but at least I could understand what was said if I listened closely.

London is five hours ahead of the Eastern time zone, so jet lag was in full effect when I arrived. I thought I would be able to sleep on the 7-hour flight and hit the ground running, but that definitely wasn’t the case. I arrived in the morning, which was in the middle of the night at home so I had to take a nap when I arrived. I found a nice little studio apartment through “Apartments of London” in Westminster which is Central London, close to some of the main attractions, such as the Buckingham Palace, Eye of London, Big Ben, etc.

The first day the weather in London was a bit chilly and raining off and on but I still got out to see a bit of the city. The first stop was Buckingham Palace which is where Queen Elizabeth II and the Royal family lives. It was cool to see the guards in their huge top hats standing stiffly at attention. 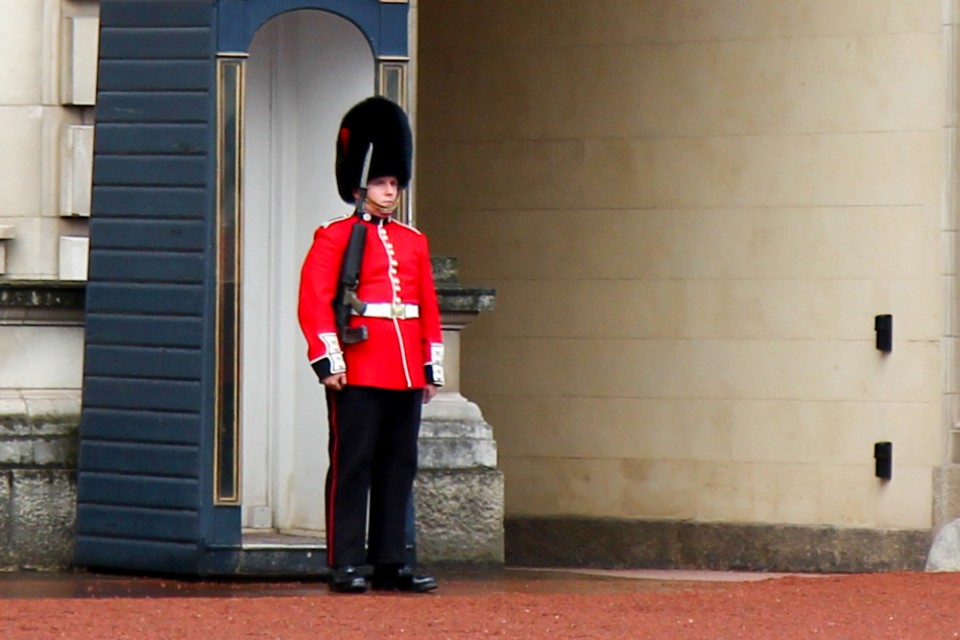 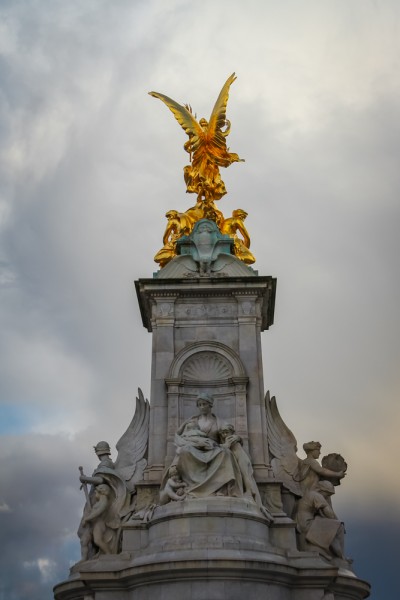 Per usual, I got a hop on off off bus so that I could see the key attractions of the city. The bus has free wifi too, so its definitely a benefit to check into the outside World (back home) if you don’t have an international phone plan.
It was amazing to see all of the beautiful buildings including Big Ben, Tower of London, the London Eye, etc. Of course I had to take a photo in the iconic red telephone booth and have fish and chips at a local pub. 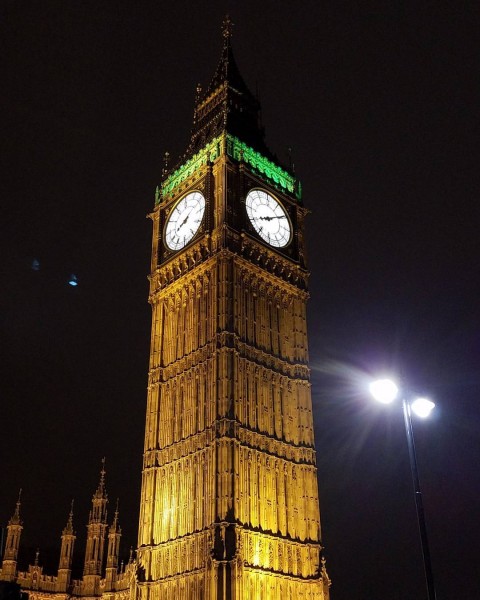 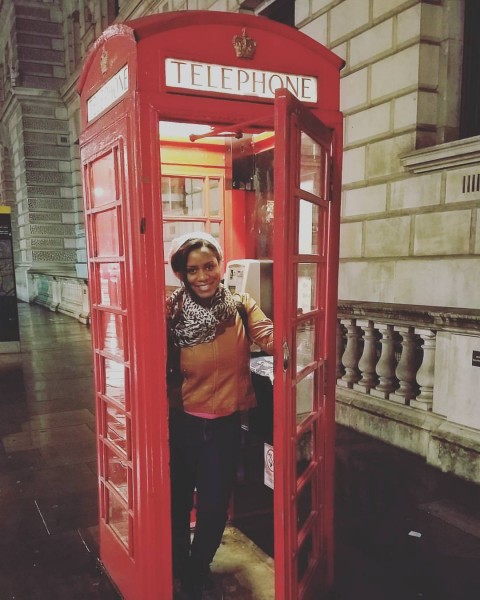 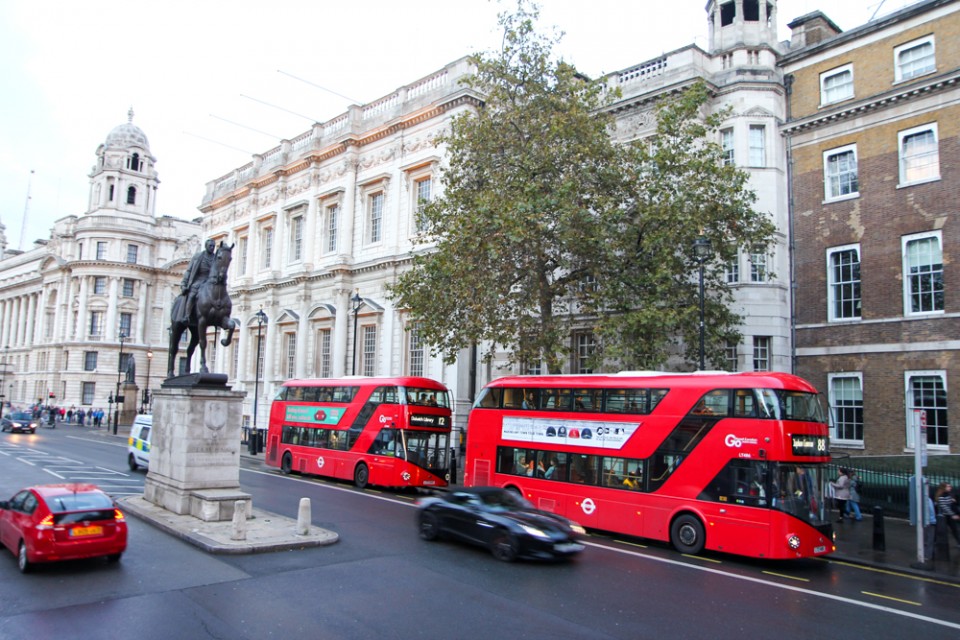 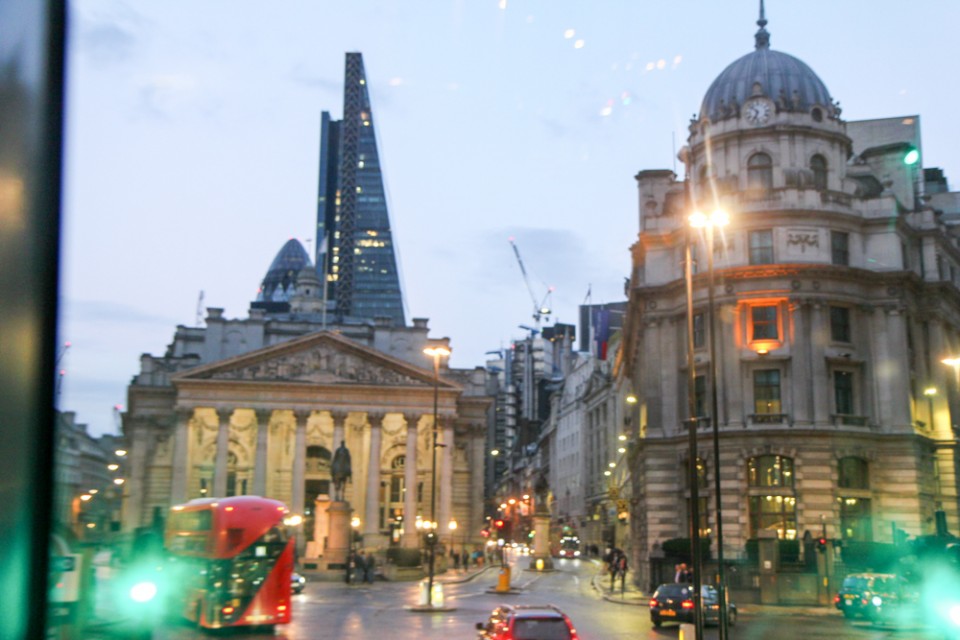 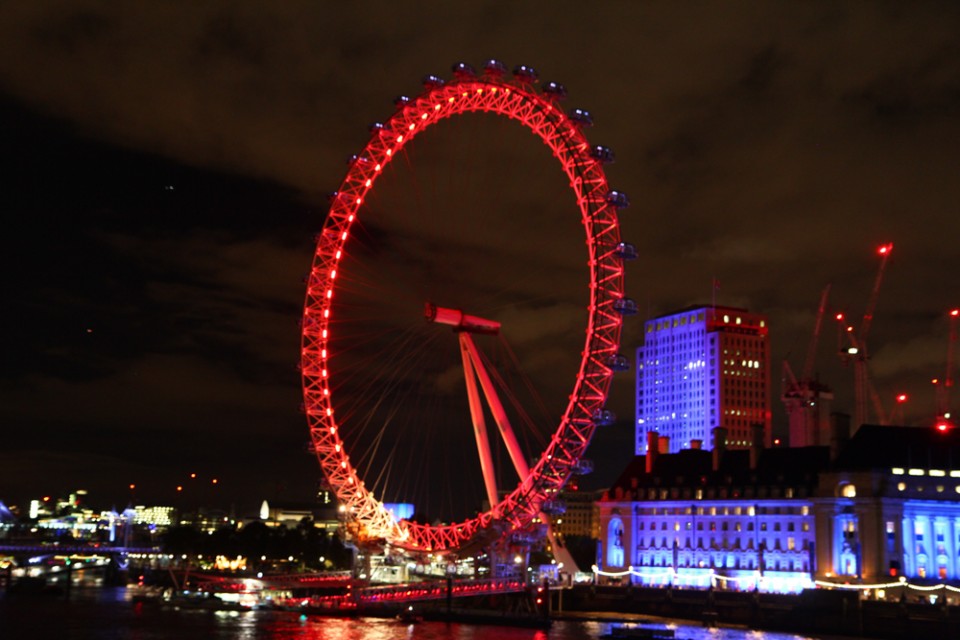 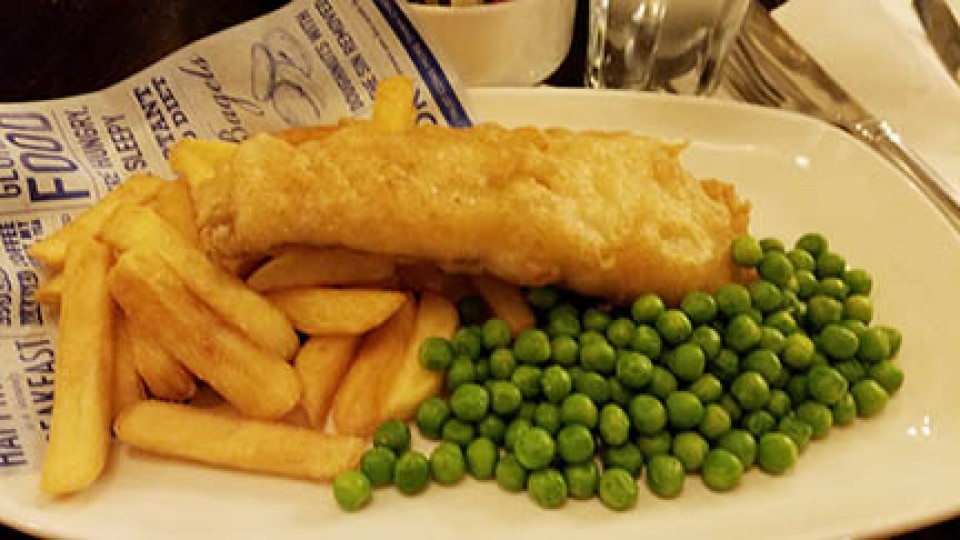 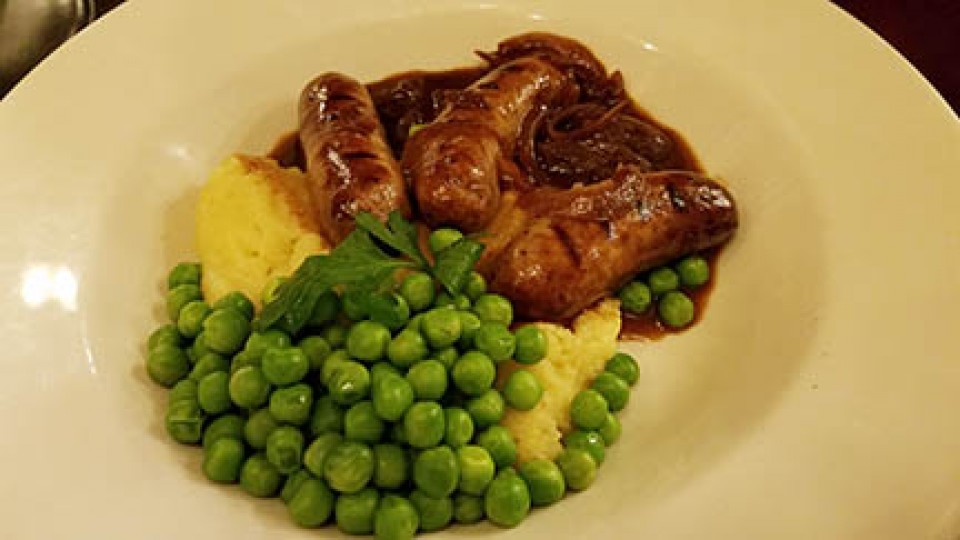 Thankfully the next day turned out to be beautiful with sunny skies. I planned to tour the inside of the Buckingham Palace, but unfortunately it was sold out because of it being the last day of a feature exhibition they had (of her clothes over the years). However, I came at the right time because it was right during the changing of the guards, which was an actual mini parade.

I didn’t make the same mistake of waiting to buy tickets at the door and ensured that I had tickets for the Tower of London before arriving. (Free bus Wi-Fi came in handy!) The Tower of London is one an internationally famous monument and of England’s most iconic structures. Everyone got a guided tour by the Beefeaters who are ceremonial guards of the Tower of London. One of the main things to see at the Tower of London is the Crown Jewels which was utterly breathtaking and amazing. There are 140 royal ceremonial pieces worn by British King and Queens at their coronations. The entire room is heavily protected in a vault and the jewels in an enclosed glass. Unfortunately, they do not allow cameras or video so you will just have to go yourself to check it out 😉
I had an amazing view of the London Bridge and the Shard from the Tower of London which was right along the Thames River. A mini cruise was included in my bus tour and I enjoyed being on the water and seeing a different view of the city. 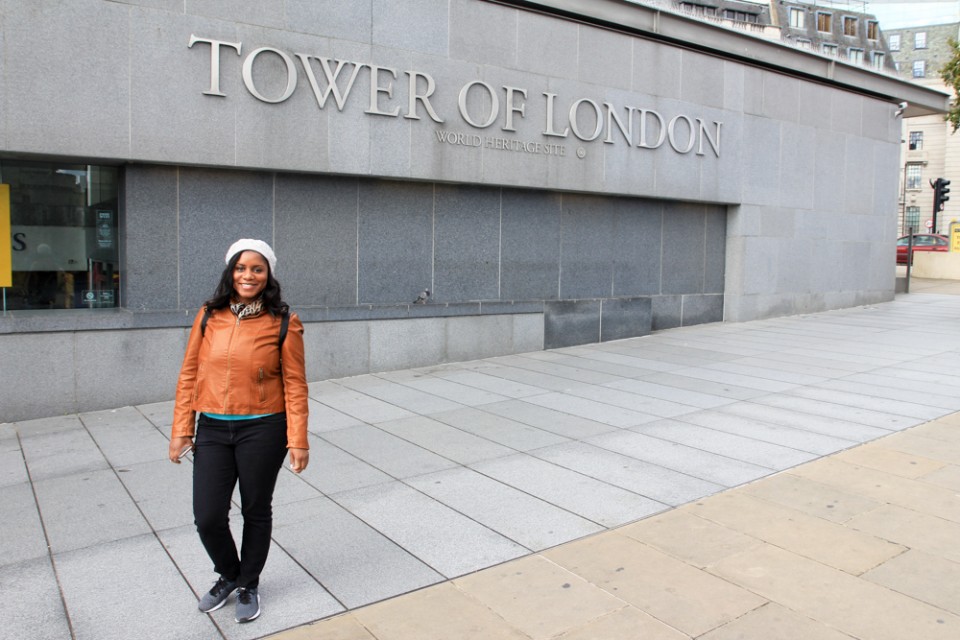 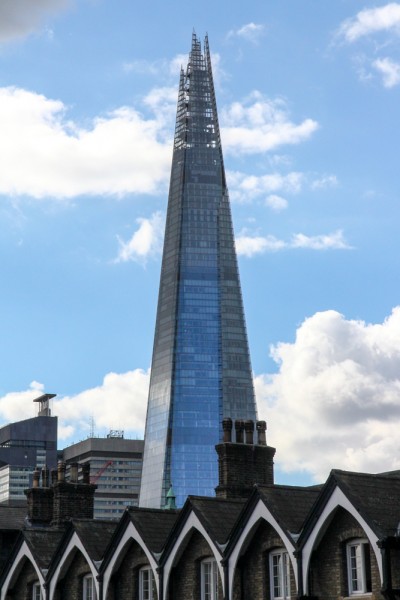 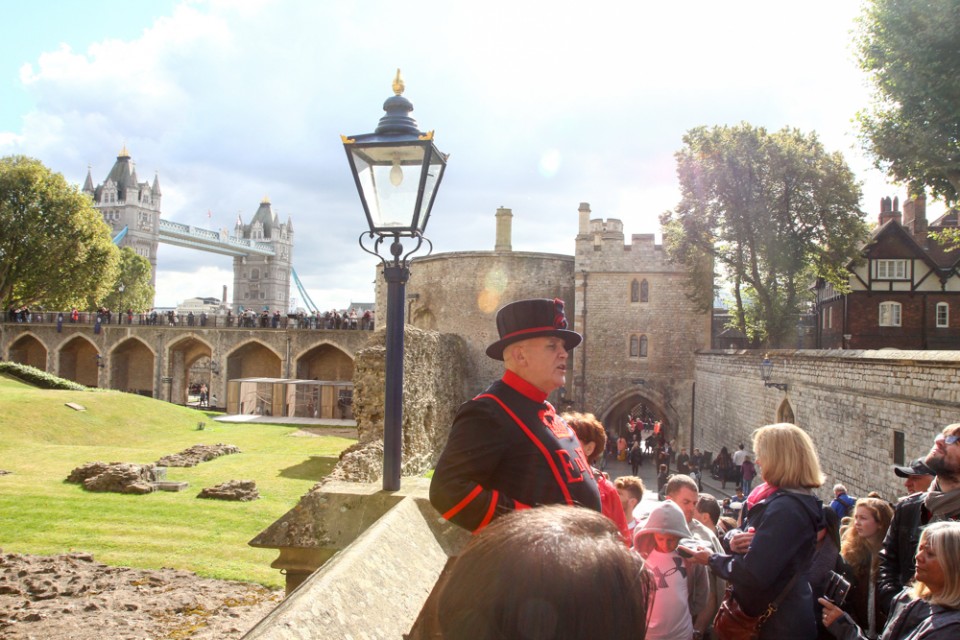 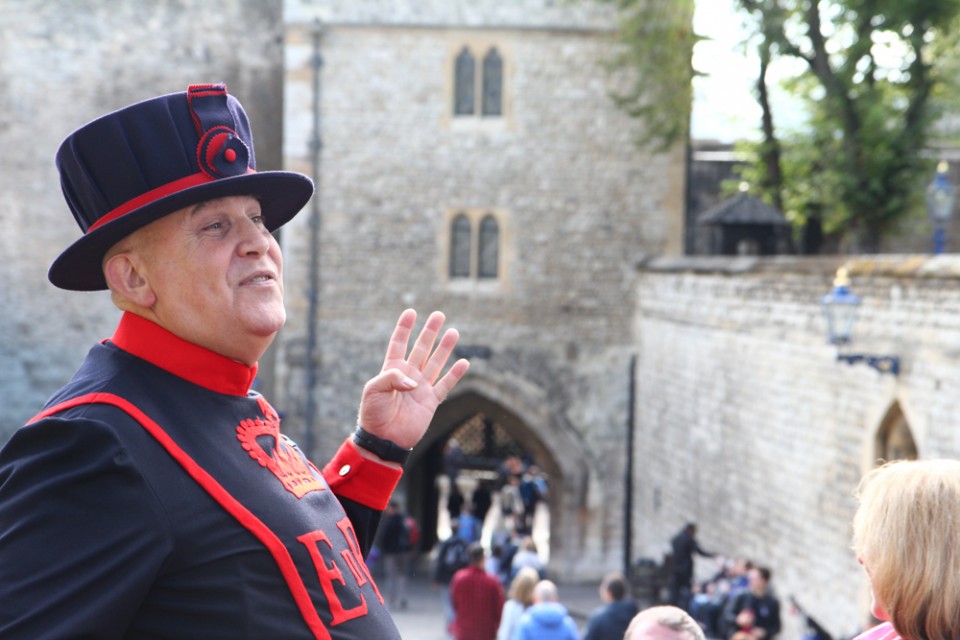 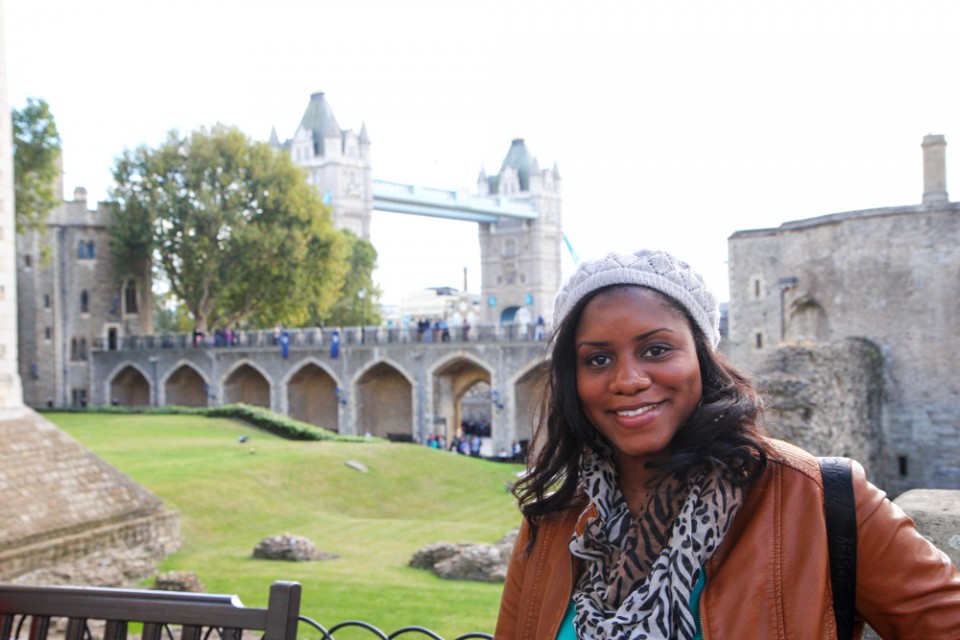 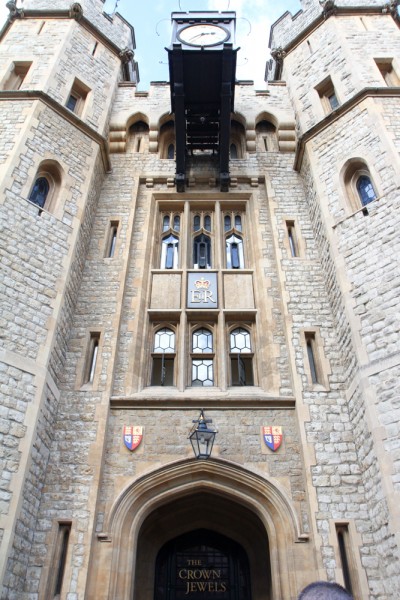 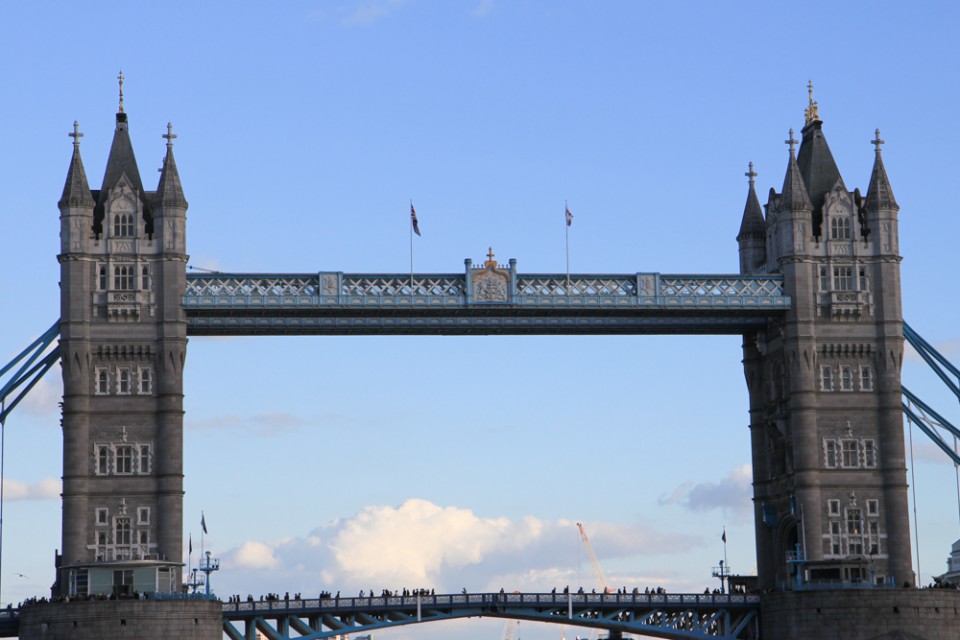 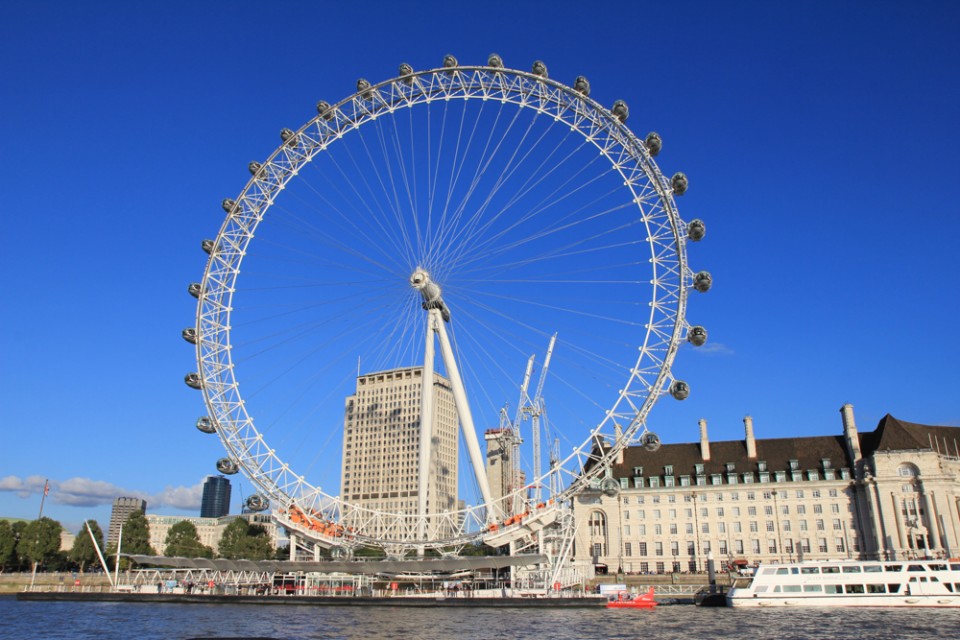 Next up was the London Eye, one of the largest Ferris Wheels in the world. Las Vegas couldn’t be outshined and built one only 107ft higher. (I’ve been on that one too) The pods are able to fit 25 people at time and continuously moves so you have to hop on and off quickly. Of course, the view was spectacular. I’ll let the photos and video speak for themselves. 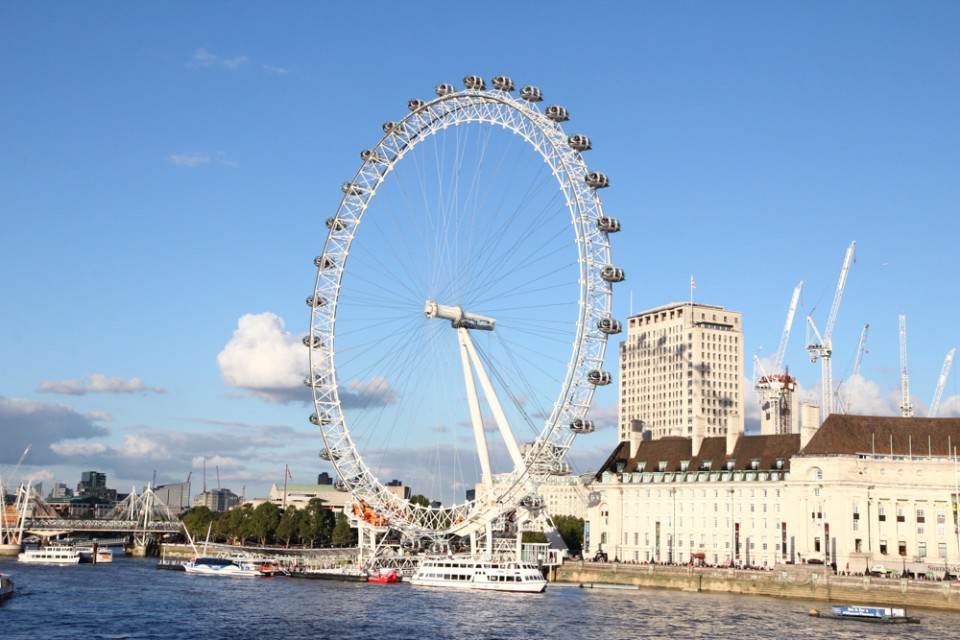 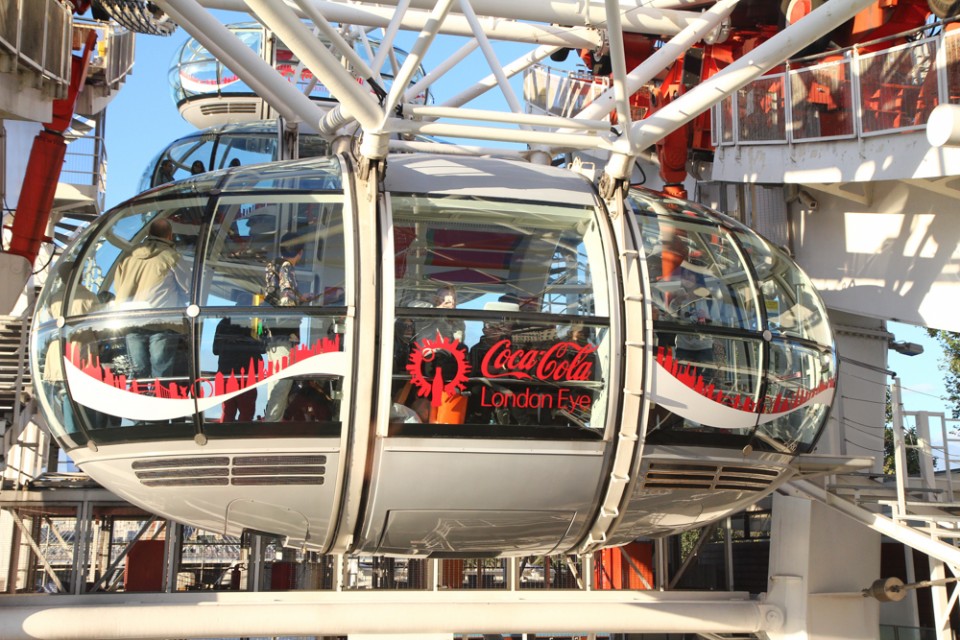 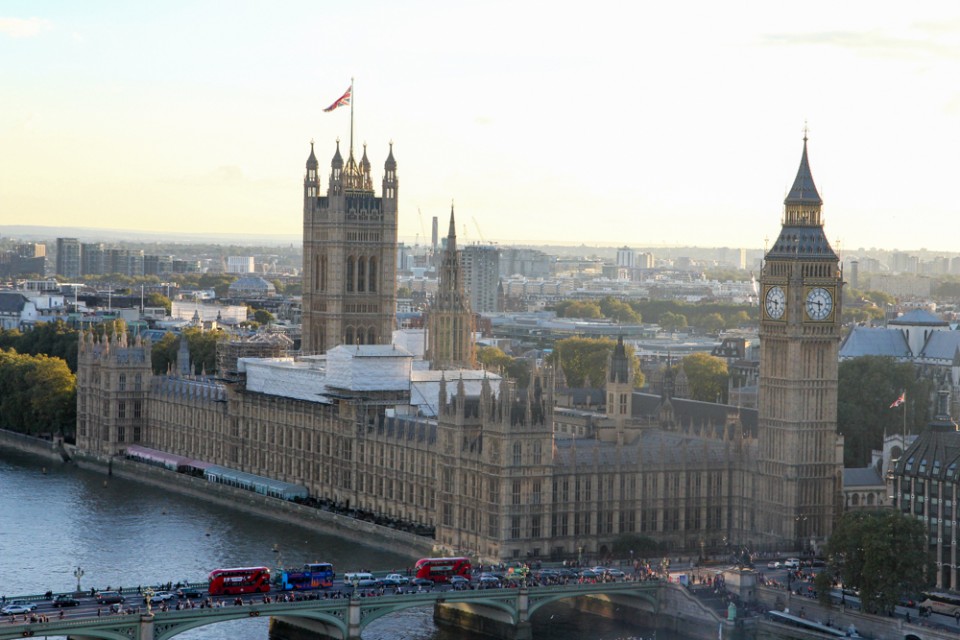 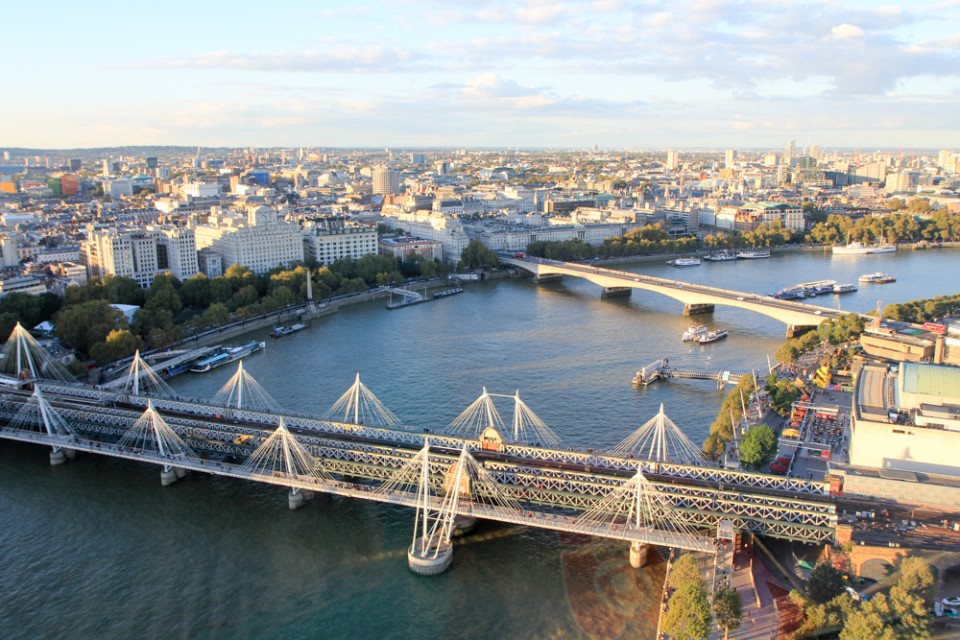 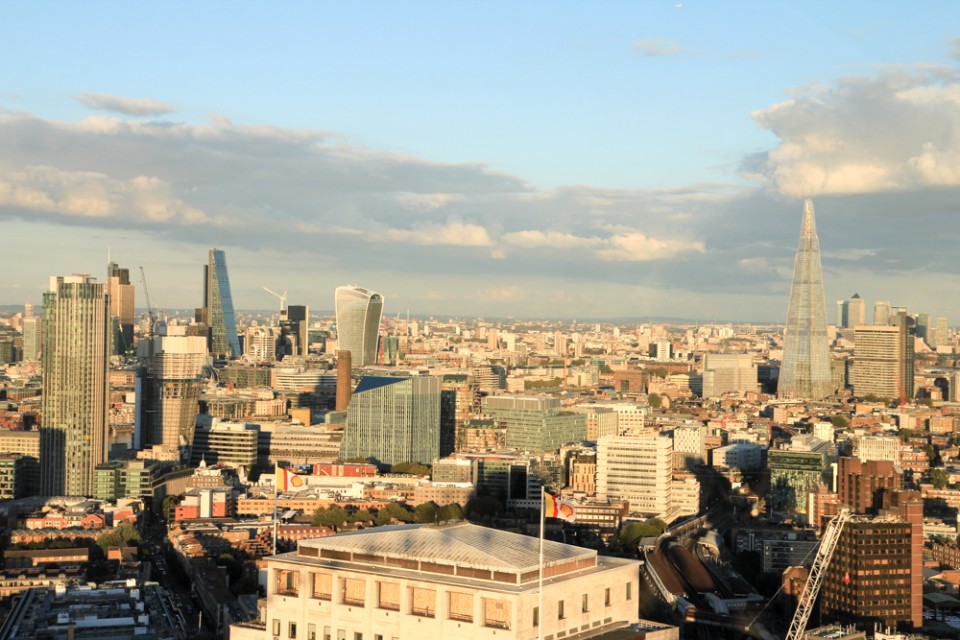 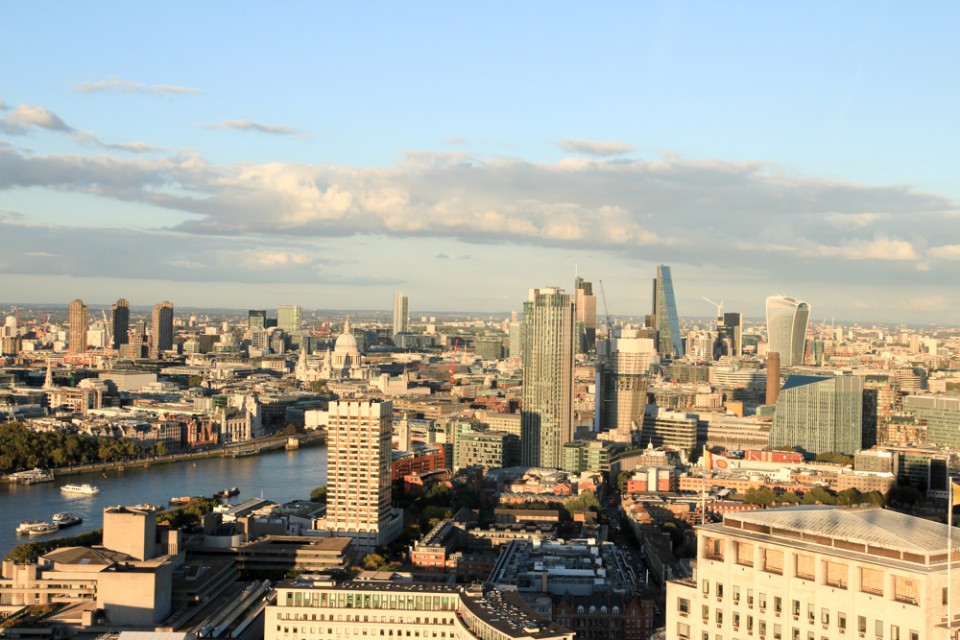 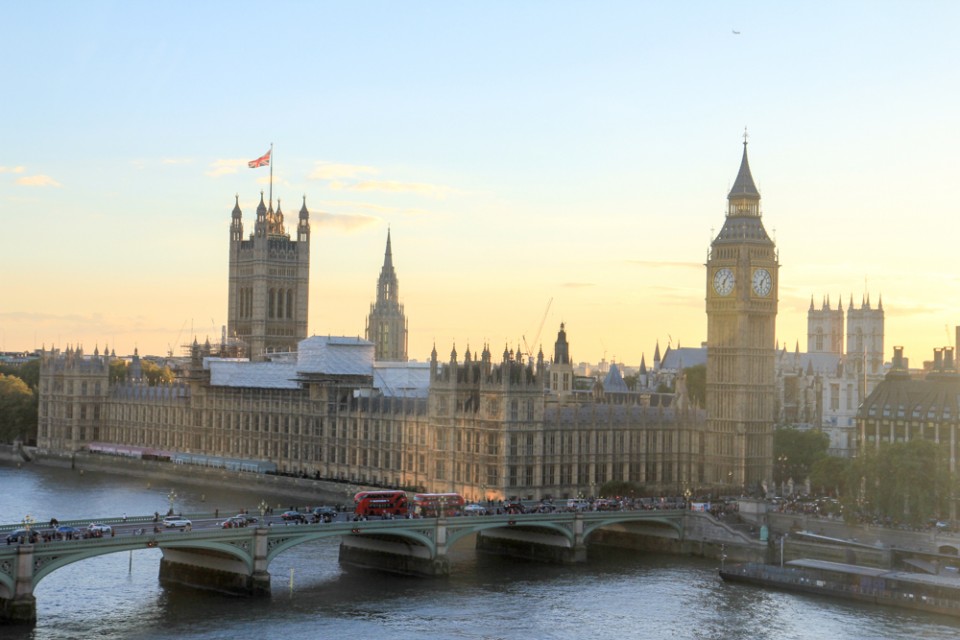 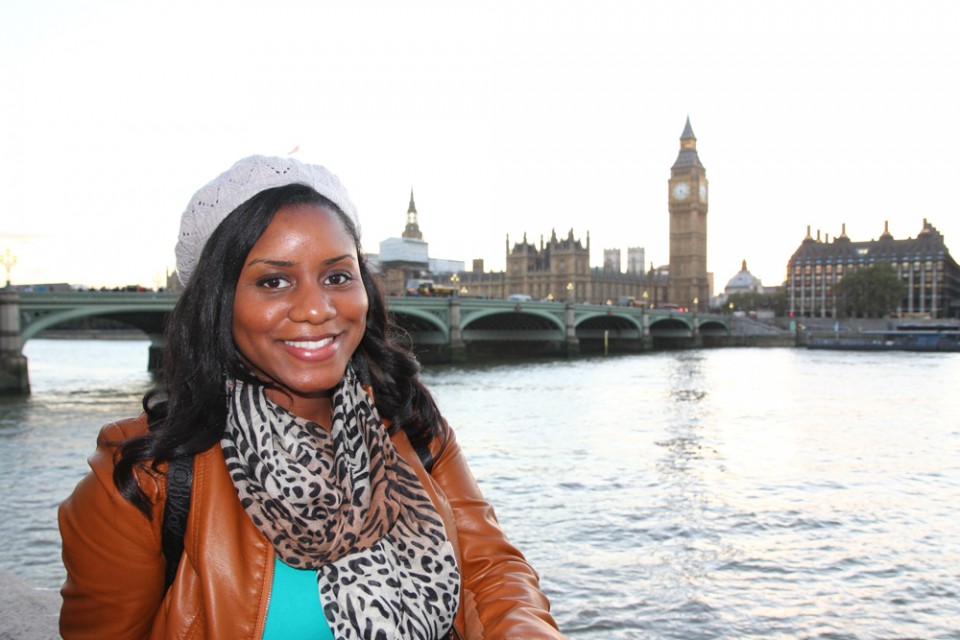 That night I ventured to the Camden district of London (recommended by a friend) and found a cool spot called the Blue’s Kitchen that had BBQ and Cajun food with live blues and rock music. It was such a popular spot that there was over an hour wait for a table. Lesson learned once again about making reservations in advance. I ate across the street at a pub that served smoked burgers…no not smoked like on a grill, but actually engulfed in different flavors of smoke of your choice (hickory, apple, whisky, etc.). It was a cool effect to bring the burger covered in a glass lid with the smoke inside to seep the flavors into the burger. It was pretty good.
I was able to get my table at the Blue’s Kitchen for dessert and music. It was a nice atmosphere and the dessert was pretty good.

Time was limited so the trip was only on the weekend, but I’m glad I was able to visit to hit the main attractions. The actual reason for going to Europe was for work purposes to visit my German corporate office for a Global meeting, so London was only a pit-stop, but definitely a great one!